[Guide Tour] About The Island

Rock Slope, which archeological investigation has proven is a prehistoric site. 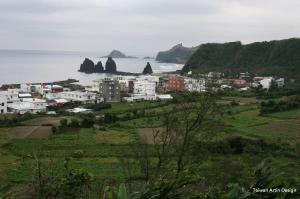 When approaching west to east, the entrance to the park is through Kongkuan Village, on the southern edge of which are cultivated fields showing the legacy of scattered rubble of archeological digs.

Human Rights Monument opened on 10 December 1999. President Lee Teng-hui was the first to represent the government in offering the victims an official apology.

Within the quarters of the Coast Patrol Office is the rock inscribed with the slogan “Living in peace, alert to danger.” The walls of pulverized coral were built by the New Life inmates. 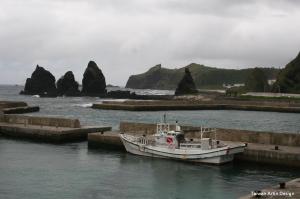 “Exterminate the communists, restore the nation.”

The political propaganda slogan, “Exterminate the communists, restore the nation.”

Opposite the front gate of the Ministry of National Defense

Green Island Reform and Instructional Prison is Elephant Trunk Rock. Also known by the prisoners as “Devil’s Gate,” anyone going to and from the New Life Correction Center had to pass by it.

The Rock inscribed with the characters mOasis Villa” in front of Oasis Villa, constructed in the 1970s. 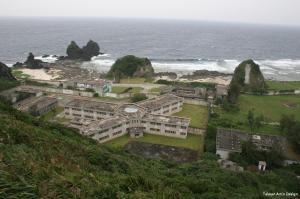 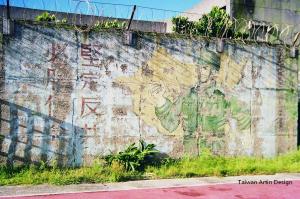 Mottled political propaganda slogan on the inner face of the northern wall : “Be firm against communism and ready to win.” 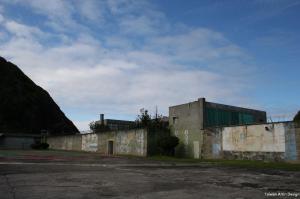 Interior, northern side of the exercise yard.

Southern side of the exercise yard, It was here that Lin Ta-san, an inmate from Taichung who was serving a life sentence in the 1950s, lost his life to a landslide caused by heavy rain. 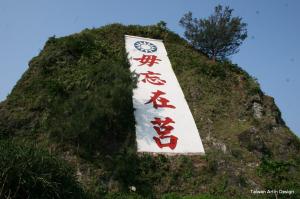 The ecosystem of the rock bearing the slogan “Our Exile, Never Forgotten” deserves close inspection. The slogan invokes the historical lessons of an event that took place 2300 years ago on the Chinese mainland, where the military and the people combined forces to restore the Qi Kingdom to power. The inscription was repainted in 2007.

New Life Correction Center, early period. Of the wall made of reef rock, pulverized  on the shore by the inmates, only about 60 meters remain, about one-and-a-half times the height of a person.

Canteen and photography section relic at the New Life Correction Center. This  photo was taken after the 2007 restoration. 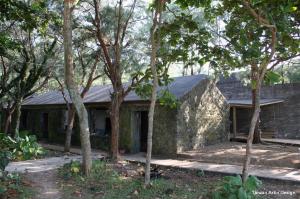 The Kenan “Roughing It” Shed after its renovation in 2007. 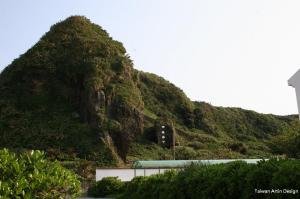 The slogan “Beneath Szuwei Peak” still remains from the days of the New Life Correction Center. 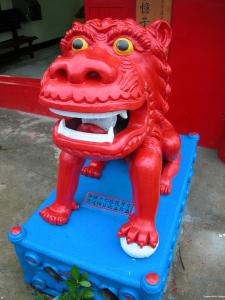 The red-tiled complex was the Green Island Vocational Training Center (“Chingteh Villa”), which pulled out of Green Island on 31 December 2002.

This entry was posted in About The Memorial Park. Bookmark the permalink.