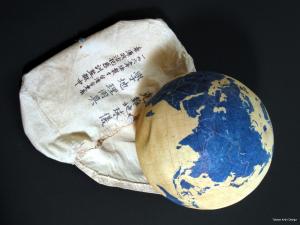 In April 1957, the Military Prison Rebellion Case in Ankeng forced the authorities to set up a Special Prison Planning Committee in the Ministry of National Defense. When the ministry asked the U.S. for financial help, the Americans agreed in principle, but ultimately did not provide it.

Once Chiang Kai-shek had signed the requisition on 6 September 1960, the authorities decided on a valley in Taiyuan Village, Tungho Township, Taitung for the building of a special prison capable of holding 500 people. Completed in 1962, it started accumulating political prisoners from all the other Taiwan prisons. Some of the political prisoners held at the Green Island New Life Correction Center, however, remained on Green Island to help the command with administrative work; the majority of those serving longer terms, like life and 15 years, were sent in groups to Taiyuan.

With the 1960s came a gradual increase in the propor- tion of pro-Taiwan independence prisoners. It became the fashion for political prisoners to hold classes for each other and to translate and to write articles. On 8 February 1970 prisoners revolted at the Taiyuan Prison, but the revolt failed, and Chiang Ping-hsing, Cheng Chin-ho, Jan Tien-tseng, Hsieh Tung-jung and Chen Liang were executed on 30 May 1970. Prison administration became stricter, and Ke Chi-hua, Cheng Ching-tien and other prisoners were held in windowless solitary cells for prolonged periods, while others were sent to Green Island to serve in administration even after they had served their sentences in full. The Taiyuan Prison revolt prompted the Ministry of National Defense to hurry up and finish construction of its Green Island Reform and Reeducation Prison (Oasis Villa), and in 1972 the remaining political prisoners held at Taiyuan were sent there.

This entry was posted in The History of Prison. Bookmark the permalink.