Formed in Tokyo in 1977, the association gathered information on political prisoners through various channels which they disseminated worldwide through open forums, assemblies, marches, newspaper articles and so forth, putting pressure on the KMT government, demanding the release of the prisoners. The group was disbanded in 1994 after Taiwan moved toward democratization following the lifting of martial law. 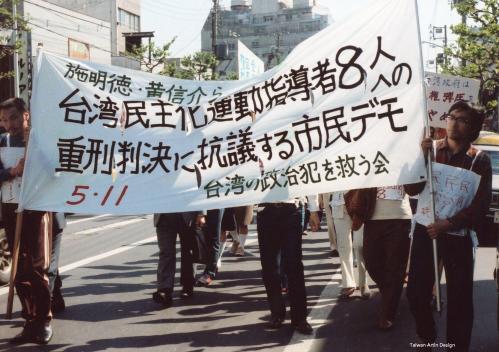 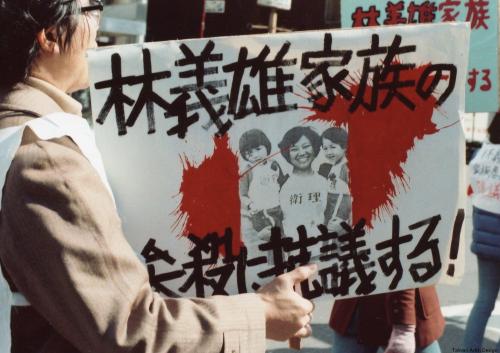 The Taiwan Political Prisoner Rescue Association protests the Lin family murders via a march in Japan. (provided by Tezuka Toshio )

This entry was posted in The Declaration of Human Rights, The White Terror. Bookmark the permalink.